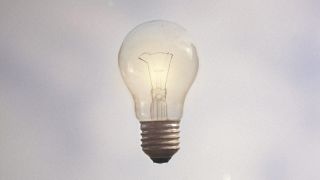 There’s one recurring question that consistently comes up at workshops, talks and seminars. It’s always the same question. And I think I always answer it very badly. The question? “Where do all the ideas come from?”

A few years ago, I began to realise quite how useless this was, especially to a young creative starting out, or a student facing a horrendous deadline. Imagine facing a blank sheet of paper and the pressing need for that killer thought. Yet the only advice you’d been given on how to do it was to “have lots of ideas.” Not ideal.

Now, as it happens, there is the kernel of some decent advice in response number one. It was just phrased far better by the American writer and scientist Linus Pauling. He asserted that "the best way to have good ideas is to have lots of ideas and throw away the bad ones".

Pauling’s point was simple: get started, and do something – anything. Stick your first ideas on the wall. Share them with colleagues or flatmates. Pull them to shreds or celebrate them – it doesn’t matter. It’s the same as writing a letter. Once you start, the rest will follow.

02. Soak up the world around you

Number two works much better if you view your brain as a big sponge, ready to soak up and absorb everything in the world around you. It doesn’t matter if that sculpture exhibition isn’t relevant today, go anyway. Watch obscure art-house movies or the Tarantino homages – both will give you future ideas for camera angles. That soap shop in Portugal? Great packaging. Could come in handy (in about a decade’s time).

As an example, for years I would stop and admire the sign for a Polish baker in Swiss Cottage, north London. It was beautifully ‘wrong’ and I loved it for that. One day, an old friend wanted the logo for his new shoe business to look old and cranky – and I had just the thing to show him and inspire me and out came the logo for (now world-famous shoe designer) Rupert Sanderson.

03. Start in the wrong place

I’ve spent the past few years trying to track quite how and when the ideas come, and whether there’s any perceivable pattern. The honest truth? There seems to be dozens of different ways.

Sometimes I will start somewhere totally wrong, just to see if it might make something right. When building a tedious London skyline for a logo project, I hated it so much I flipped it 180 degrees. Which then inspired a new idea: to build a skyline out of everything else the city had to offer.

04. Look right in front of you

Sometimes an answer might be staring you in the face. I was absentmindedly watching an assistant cut out a pile of Beatles albums before placing them on to suitably 60s carpets and backgrounds. Then I realised that the set of stamps I wanted were there – on-screen, on their own. I just had to remove all the stuff that wasn’t needed.

Now there are many theories about how our brains work when they are in search mode. For example, have you noticed how you have an idea for a project precisely when you’re not working on it?

It’s because our brains are smart and push problems into ‘background processing’, then link forward to solutions every now and again, often when you least expect it. I attended a typography seminar last year, whilst mulling over a project for foster carers. One of the speakers shared a fascinating, ligature-full font that had multiple characters neatly protecting others. All of a sudden my mind made the jump and there was the solution, on screen.

Our brains also seem to know when we’re trying too hard to have an idea, and that’s when they like to down tools, just to piss us off. I spent an entire eight-hour f light pushing a bad idea around on a laptop, then had the only good idea in the cab from the airport.

But you can be ready for those good ideas, or at least stand a better chance of catching them before they fly off. Always carry a sketchbook. Put a good camera in your bag and start ‘reframing’ the world around you. Try adopting a daily creativity project like Nick Asbury’s Realtime Notes (or our #PictureTheNews project from last year). These tricks and techniques keep your trusty brain nimble, limbered up and ready for anything.

The trouble is, ideas do just happen (so response number three, I guess). When we were trying to create ‘Barrel Art’ for a whisky client, we struggled. Then out of the blue came an idea that the barrel’s various elements could have a voice. It worked nicely. Every note on my sketchpad before I wrote ‘Dear World... Yours, Cambridge’ was tedious and dull – then came those four words, an ellipsis and a comma. I’d made a creative jump from ‘quite dreadful’ to ‘quite possible’.

I wish I knew quite how those ideas came, but I don’t. They just happened.

This article was originally published in issue 294 of Computer Arts, the world's best-selling design magazine. Buy issue 294 or subscribe here.