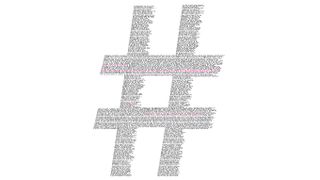 Struggling to make your social media posts stand out from the crowd? Did your Tweets, Stories and statuses once funnel big numbers towards your site but now you find that they're just attracting bots? Or no one at all? Chances are you need to tweak how you're posting on social media platforms.

“Facebook wants the best possible experience for its users, so it’s constantly re-evaluating the value it puts on a piece of content, depending on how it thinks people will react to it,” says David Glenwright, head of training services at JC Social Media. “Try where you can to talk about popular or current affairs. By using these keywords in your content, Facebook will identify your post as being timely and relevant, and show it to more people.”

“You can share Dropbox files on Twitter,” advises motion designer Ben Mottershead, “which is a great way to put out your latest PDFolio if you’re touting for freelance work, or a new job. This is particularly useful for graduates.”

03. Use the golden ratio

What’s the right mix of first-party and third-party content? How often should you post purely promotional messages? One best-practice technique comes from content marketing platform Rallyverse, which analysed customer data in a wide swathe of industries to find an optimal ratio: 30 per cent owned (that is, your own original content), 60 per cent curated from relevant external sources, and 10 per cent purely promotional.

“The Facebook ads platform utilises third-party information to supplement what it gathers itself,” explains Glenwright. “When creating ad audiences, you can see where Facebook has acquired its information from. You can also import your own additional data into your targeting audiences. By installing Facebook Pixel into your website you can track visitors to your site and remarket to them, and if you have an email mailing list of customers, you can also import this data and reach out to them through Facebook ads.”

"Sometimes the content and areas of posting that seem to be the quietest in engagement are often the greatest sources of inbound traffic and leads," says David Kutcher, president and co-owner of Confluent Forms. "UTM strings, used in conjunction with Google Analytics, will let you track where your traffic is originating and how it’s converting, and develop strategies to continually improve it."

“As well as monitoring your direct interests, Instagram will make assumptions based on common pairings and similarities,” points out Glenwright. “For example, Instagram suggests to me that I might like a post about cigars – I don’t smoke, but I am a fan of Scotch whisky, and the two things are commonly linked together. Therefore, use hashtags that don’t directly correspond with your content, but are a logical pairing with it, to further your reach.”

“Keep hashtags as precise as possible on Instagram,” adds Mottershead. “If you go above 25, or you use the same hashtags in multiple posts, Instagram often flags it as spam and limits the exposure of said post.”

08. Let people pin it for later

“Adding ‘Pin it for later’ links to your social posts – on Facebook, for instance – means people can pin inspiring posts to their boards to read later,” says Mottershead. “This is a great way to create further exposure and click-through.”

“LinkedIn limits the number of invitations you can send and it’s often better to have connections that give you significant advantages within your sector,” points out Mottershead. “Creative director of a local agency – yes. High-school friend you haven’t seen in 10 years? No.”

10. Reply to messages in less than an hour

Research by Lithium Technologies shows that consumers expect a lot from brands on Twitter. Some 53 per cent of users who tweet at a brand expect a response within the hour – and that percentage increases to 72 per cent for those with a complaint. If you’re handling social for a client, consider investing in software like Spark Central to stay on top of customer support tweets.