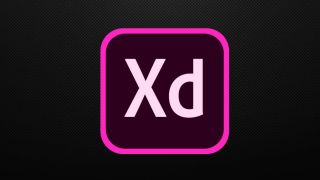 Prototyping tool Adobe XD has already been making serious waves in the UI design space. And it looks set to get even better, as Adobe has announced that Adobe XD plugins are on their way. These will enable users to integrate XD with top collaboration or project management tools, as well as offering the community the opportunity to build their own XD plugins through an open platform.

Adobe XD is a free tool that enables designers to design app and website interfaces quickly and easily, without the need to dabble in code. And while Experience Design is undeniably great for designing prototypes, it can't cover all the features that UX designers need to get a project to completion. These XD plugins promise to make the process of swapping between different apps and tools much smoother.

Adobe has partnered with key companies and tools to build XD plugins that will add useful functionality and unlock new workflows. The list of companies involved looks promising, too: Microsoft, Trello, UserTesting, Dribbble, Anima and Astute Graphics and more are already working on their own third-party plugins, as well as Adobe's own Behance and Stock.

Adobe has also announced that it will enable its community of users to build on top of the app via an open developer platform. That means means that if you can't find an XD plugin that adds the functionality you're after, you'll be able to build one yourself.

"We are committed to developing a rich ecosystem around Adobe XD to fit the modern designer's needs," comments Creative Cloud executive VP Scott Belsky. "Delivering seamless, engaging user experiences is imperative for brands, companies and all digital products, and Adobe is focused on serving designers with powerful collaboration capabilities."

This much-anticipated development continues Adobe's commitment to providing a tool that fits seamlessly into a modern designer's workflow, and follows the company's announcement earlier in the year that it had integrated XD with Photoshop CC and Sketch.

That's all we know for now, although we'll be updating this post with more details as they're released. You can take a look at the full press release on the Adobe blog.