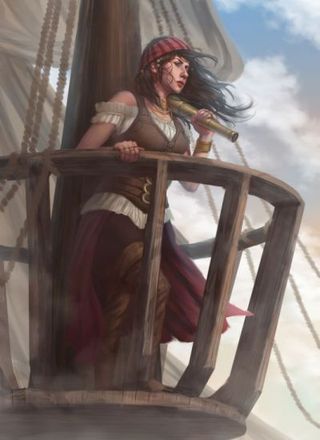 Whether you're just learning how to draw, working through a set of Illustrator tutorials, or you're an illustration pro, reference images are important. But if you're not careful they can cause problems of their own. Your first order of business should be to decide what you need and then photograph accordingly.

Before I take the time to get friends together for reference, I usually make a couple of small sketches that roughly define the pose and, if possible, the lighting scheme. It can be tempting to just go outside and shoot photos until you've got something you like (and believe me, I've done it).

But there are few things more annoying than thinking you've got the perfect image, sitting down to paint, and realising you have to do the photo shoot all over again because the composition doesn't work with the new pose, lighting and so on. With a little knowledge of lighting, you can even cut and paste your images together for a pose that's more dynamic than what you captured initially.

Once the image is ready, you can use the lighting information in several ways. Obviously, it'll help you to paint the main figure. Whenever I have to make something up (the crow's nest of a pirate ship, in this case) I look for anything with a similar angle and texture.

When developing the pose from reference, don't get too concerned with matching things exactly. Instead of copying the image, check in with it to get the information correct while you draw the idea in your head.

If there's a scene element you can't get a hold of (in this case the periscope), have your model hold something similar. You can find reference later on, and, to be thorough, take photos in the same setting of something with similar textures.

Watch the video for more tips