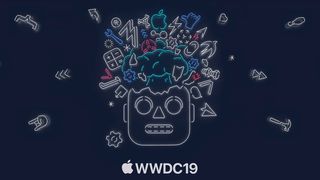 WWDC 2019 was a particularly exciting event. Apple used the conference to announce the spectacular new Mac Pro and XDR monitor (and its not-included $999 stand). But while the eye-wateringly expensive hardware has been grabbing most of the headlines, there were plenty of bombshells for Apple Developers, too.

With over 100 sessions this year and many exciting announcements, it's easy to miss something or not know where to focus your attention. So, what are the key takeaways for developers about this year?

In this round-up, we'll take a look at the top seven frameworks and announcements that Apple developers are most excited about at this year's WWDC.

SwiftUI is a new way for Swift developers to build user interfaces for all Apple devices using a single set of tools and APIs. With SwiftUI, you'll gain automatic support for dynamic type, dark mode, localisation, and accessibility all while keeping your code simple, clean, and compact. It's integrated into the new Xcode 11 (more on that at number 2).

SwiftUI also lets developers use declarative syntax. In other words, they can simplify their code by simply declaring what the user interface should do, and at runtime, the system will understand what to do and how to behave regardless of state.

The new year offers developers a new version of Xcode. Xcode 11 is faster and more efficient than previous versions and includes more options and better overall flexibility. With Xcode 11, you get the inclusion of SwiftUI and its companion design tools, and you can also now bring your iPad app to the Mac simply by selecting a checkbox in Xcode.

Xcode 11 also includes a new preview/real-time view option. With this option, developers can quickly get a live rendering of their app's UI alongside their code.

PencilKit is a small framework that lets developers use the input captured from the Apple Pencil or the user's finger, with tools for creating, erasing, and selecting lines. Developers will be able to save this information and turn it into an image for later use within an iOS or macOS app. Creating drawing and note-taking apps is about to become a whole lot easier.

Plus, with additional improvements like better plane detection using machine learning, developers will have an easier time setting up the AR environments in the real world.

It's clear that this year Apple is focused on augmented reality and its ARKit framework. And thanks to the new RealityKit framework and the Reality Composer app, Apple has made it even easier for developers to create and add realistic 3D content using the data provided by ARKit.

With RealityKit, developers can create and import full models made with the Reality Composer app, place audio sources within the environment, animate objects, and synchronise AR experiences across devices. Developers can also create sophisticated models for use with AR Quick Look.

06. Console Controllers for AppleTV and iOS 13

When designing and developing games, controlling the action is extremely important. For many developers, especially those targeting tvOS on the Apple TV, options for controllers were limited.

Good news! This is no longer this case, thanks to some updates to the Game Controller framework. Apple is planning to support Xbox One controllers and Dual Shock 4 controllers (PS4) on the Apple TV and within iOS 13. This, along with the new Apple Arcade Services, will help developers make exciting new gaming content for everyone to consume.

Before WWDC 2019, developers that wanted to target the Apple Watch had to also build a companion app for the iPhone. Not any more. With the new watch0S 6, Apple is allowing developers to build Watch-only apps. To sweeten the deal, users will be able to download and install watchOS apps directly from their Apple Watch using the App Store, which is now available on the Watch.