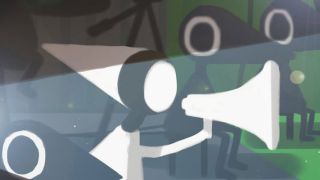 Good news for fans of Monument Valley: the phenomenally successful iPhone and iPad game by ustwo games is set to make the leap from mobiles to movie theatres as it was announced today that a live action/CGI hybrid film has been given the green light.

Picked up by Paramount Pictures and Weed Road Pictures, the project is due to be directed by Patrick Osborne. If the movie can match the stunning, Escher-like visuals that the two games in the series are known for, then cinema-goers are in for a treat.

Rumours of a Monument Valley film had been circling the internet  for some time, and the team behind the games were only too happy to confirm via a tweet earlier today.

The rumours are correct. There's going to be a Monument Valley movie! In collaboration with Paramount Pictures and Patrick Osborne. We couldn't be more excited. https://t.co/j2riIGZfru pic.twitter.com/XGPBabM3z5August 22, 2018

A creative and commercial success, the Monument Valley games have been downloaded millions of times worldwide and the first instalment scooped both the Apple Design Award and the Apple iPad Game of the Year in 2014. Add two BAFTAs, and it's no surprise that Monument Valley will soon be coming to a cinema near you.

"Monument Valley is a one of a kind experience, at once small in its meditative, simple gameplay, as well as enormous in its sense of history," Osborne told Deadline. "I'm privileged to be handed the reins to Ida’s mysterious kingdom, to play in her world of impossible architecture where seeing things differently is everything. I am thrilled to bring this unique world to theatres with the talented storytellers of Paramount and Weed Road."

"It's been four years since we launched the first Monument Valley and have been waiting for the perfect opportunity to take our world of beauty and impossibility into cinema," added head of ustwo games, Dan Gray. "We’re incredibly happy that we’ve found the perfect creative partners in Paramount, Weed Road and Patrick Osborne to champion this concept forward into another medium."