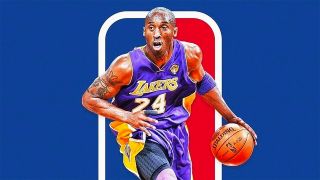 The world of basketball is in mourning after the tragic death of NBA legend Kobe Bryant in a helicopter crash on Sunday, and it's led to a fierce debate about the NBA's logo.

Following his death – along with his 13-year-old daughter Gianna Bryant and seven others – a petition was posted on Change.org by Nick M, asking that the current NBA logo be updated with an image of Bryant. At the time of writing the petition has attracted over 2.6 million signatures, making it the fastest-growing petition ever on Change.org. But will it result in the NBA changing one of the best logos in sport?

There's a strong case for putting Kobe Bryant on the NBA logo. He's recognised as one of the greatest players in the history of the game, with a whole stack of records under his belt including the youngest player to reach 30,000 career points, the all-time top scorer for the Lakers, and even two Olympic gold medals. There aren't many players who can challenge Bryant's achievements on the court.

There's a similarly strong case for updating the NBA logo. The current logo features the silhouette of another LA Lakers player, Jerry West. Another NBA legend, West was the Lakers' all-time leading scorer until Bryant beat his record in 2010. He has an impeccable record, but there's a problem: while a silhouette of West may have been a representative look when the logo was designed back in 1969, modern basketball looks very different.

According to a report by Richard Lapchick for the Institute for Diversity and Ethics in Sport, black players accounted for three quarters of the entire NBA line-up in 2015. Basketball has the highest percentage of black players in American professional sport, and black viewers make up the biggest proportion of the television audience.

This makes having a white player on the logo problematic, to say the least. While the NBA has never actually acknowledged that it's West on the logo, it's one of those open secrets that just about everyone with an interest in basketball knows about. West has said in interviews that he'd rather not be on the logo, so updating it to more reflect the modern game should be a no-brainer. But should Kobe Bryant be the new centrepiece?

No disrespect to Jerry West but I think it’s time they change that #NBA Logo pic.twitter.com/1Gbr85amQaJanuary 26, 2020

As we all know by now, there's a problem with that: a previous serious sexual assault allegation, which was settled out of court, puts into question the appropriateness of using Kobe as a figurehead for a global sports brand.

There's no denying the weight of public opinion on this right now, but it's an emotive issue, and the decision to redesign the NBA logo needs to be made on clearer lines. The NBA knows that if it were to put Bryant on the logo, there'd definitely be a backlash.

We suspect that if this doesn't all blow over in a few weeks, the NBA would be more likely to update its logo with a player silhouette that recognised the importance of black players to the game, but without it being recognisably based on any single player. And that, at least, would be progress.