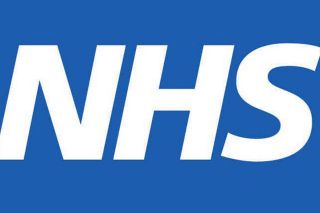 From overworked staff to a lack of funding, the National Health Service (NHS) is beset with issues. One problem that doesn't immediately stand out though is the company's branding. Despite this, hospitals, GP surgeries and clinics across the UK have been advised to stick to a set of new branding guidelines after it was determined that the current layout was "creating confusion, and concern."

Published in January 2017, the new NHS Identity Policy is concerned with the positioning of the familiar NHS logo design, as well as how the service appears online, in print, and on signage.

A consistent logo format is at the heart of the policy, after focus groups discovered that in some cases patients and visitors did not even notice the NHS identity at all. The new identity will see a consistent positioning of the NHS logo above the name of the hospital.

The number of typefaces and fonts in use has been reduced to help soothe any confusion. However, the new guidelines also introduce a wider colour palette; alongside the familiar NHS blue (Pantone 300), visitors can expect to see neutral shades supported by greens, along with highlights in purple, pink, red, yellow and orange.

As with a lot of changes implemented by the NHS, the Identity Policy has come under fire from various sources, including other hospitals and charities. The organisation has defended the move, pointing out that by using existing print materials there will be minimal waste.