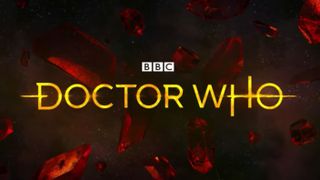 Yesterday saw the launch of a new logo for the long-running science fiction series, Doctor Who. Replacing a chunky metallic logo which was unveiled in 2009, the new logo design was announced in a tantalising teaser video (below) which hinted at other changes on the way for the show.

The new Doctor Who logo is the latest radical change for the series. Last year it was announced that Jodie Whittaker would become the first female actor to play the lead role, and behind the scenes there has been an overhaul, too. And while fans have to wait until October until Doctor Who returns to our screens, the new logo has whetted our appetites in the meantime.

Returning to a glowing orange colour scheme that was last seen in the show's 2005 logo, the new design has a line motif running through the lettering. In the promotional clip, we see that this line is a trail left by the Doctor's time machine. It's a clever way of suggesting how the character can pop up and disappear wherever she wants, plus it's a unique stylistic twist that helps the branding to stand out from other sci-fi and fantasy titles.

This isn't the first Doctor Who logo in 2018 to grab the imagination of fans. Back in January graphic designer Jake Johnstone fooled Twitter with a fake Doctor Who logo, before coming clean and admitting that it was just a piece of concept work that he had made.

Johnstone's design featured a pairing of the Gotham font with a slightly modified Josefin Sans. Meanwhile the official BBC logo features what looks like a tweaked version of Futura Light, according to the research of dedicated fans.

Yup, quick overlay like I did earlier with Futura Light. All the letterforms basically match, D and O are larger and centered vertically, and obviously some bits and bobs were then added (wing bits on the D, T, and R, and major changes to the H). pic.twitter.com/1rlbvf4KmIFebruary 20, 2018

As well as revealing the new logo, the short promotional clip also includes a glimpse at the new visual effects we can expect from the upcoming series. These VFX are being handled by Double Negative, whose previous credits include Interstellar, Blade Runner 2049 and Ex Machina.