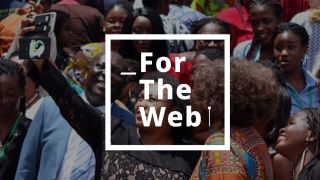 The inventor of the World Wide Web, Sir Tim Berners-Lee, has launched a global campaign that aims to save the online world and protect the people who use it. Citing the profit-first actions of ecommerce websites and fake news as some of the problems with the web, the campaign's 'Contract for the Web' has already attracted signatures from over 50 organisations, including Facebook and Google.

The core principals of the Contract for the Web strive to protect the open web as 'a public good and a basic right for everyone'. To ensure the web serves humanity, these principals target everyone from governments to companies and citizens. Find out more with the video below, and add your voice to the conversation with the hashtag: #ForTheWeb campaign

The announcement was made at the opening of the Web Summit hosted in Lisbon. During his talk, Berners-Lee asked for governments, companies and individuals to support what he has dubbed the 'Magna Carta for the web'. With half the world set to be able to get online in 2019, the contract has come at a pivotal time.

"For many years there was a feeling that the wonderful things on the web were going to dominate and we’d have a world with less conflict, more understanding, more and better science, and good democracy," Berners-Lee told the Guardian. "But people have become disillusioned because of all the things they see in the headlines."

"Humanity connected by technology on the web is functioning in a dystopian way," he added. "We have online abuse, prejudice, bias, polarisation, fake news, there are lots of ways in which it is broken. This is a contract to make the web one which serves humanity, science, knowledge and democracy."

As for its principles, the contract demands that governments make the internet available to its citizens all of the time. Meanwhile, for companies, Berners-Lee wants them to commit to making the internet affordable and accessible to all.

Respect for consumer privacy and personal data is another headline feature, as well as ensuring that technologies are developed to ensure the web becomes "a public good that puts people first".

Early signatories to the contract include Facebook and Google, both of which have made headlines recently for their actions involving data handling and censorship. Yet despite this, Berners-Lee remained optimistic that corporations are looking to improve.

"People in the big companies are concerned about truth and democracy," he says. "They don’t want people to look back and say theirs was the platform that misled people to vote against their own best interests."

"The genie may seem to have come out of the bottle, but the internet has surprised us many times. Things change."