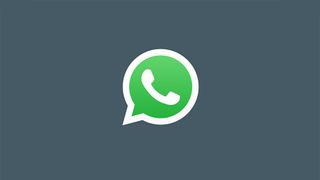 This year would probably be known as the year of the dark mode if, you know, there wasn't a whole bunch of other stuff going on. Everything's getting a dark mode right now; iOS 13 has brought it to Apple devices, Android has its dark theme, and loads of apps – most recently, Slack – now have the option to switch to an eyeball- and battery-friendly dark look.

Which is great, until you open up one of those iOS or Android apps that haven't been updated and it's like staring directly into the sun. And that's where we're currently at with WhatsApp; it doesn't yet have a dark mode, but reports indicate that it's on the way.

According to WABetaInfo, hints of an impending WhatsApp dark mode are turning up in beta versions of the app. While there isn't an actual dark mode in the WhatsApp beta yet, the 2.19.327 beta update for Android contains a new dark wallpaper based on the same colours as Android's dark theme.

What does this mean for you? Not a lot, right now; you could sign up for the WhatsApp beta programme on Android and download the beta, but even with that you're not going to get a dark mode yet. Some of the necessary assets are in place, but the mode itself has yet to be implemented and you'd almost certainly be signing up for a more crashy experience than you get with standard WhatsApp.

WABetaInfo reckons that the Android WhatsApp dark theme is almost done, while the iOS version is lagging a little behind, with some labels and cell backgrounds still appearing as white. It seems likely that WhatsApp will want to launch its new dark mode on both Android and iOS simultaneously, so we'll have to wait for the iOS issues to get ironed out before it's ready to install on either platform.

The WhatsApp sleuths at WABetaInfo admit that they don't know when the dark mode update's going to roll out. However the current state of play suggest that it's looking good for a release before too long, so watch this space.