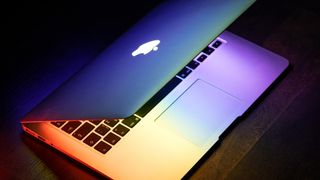 Predicting coming web design trends is always tricky. Get it right and you are praised for being ahead of the curve; get it wrong and you are met with a flood of I-told-you-sos. In this article, we asked web professionals their predictions for the trends that will define web design in over the course of 2019.

The past decade has seen some major changes in the web world, from the HTML5 revolution to mobile-first design and native features in web apps, plus more new web design tools than you could imagine. Progress is showing no signs of slowing, and 2019 promises more exciting changes in the industry. Here are our predictions for the major web trends of the year.

Progressive web apps (PWAs) will continue to gain traction this year. We're finally in a situation where almost all browsers support PWAs’ modern web features (including Service Workers), which means businesses can start to use this approach to offer a smooth, more app-like experience through the mobile web.

James Kurczodyna, director of technology at FINE, points out that browsers are adopting more native mobile features. "We may see Apple push back in an effort to force developers to submit all apps through the App Store, but other device manufactures will roll out the red carpet for PWAs," he explains. "Nonetheless, PWAs will become a popular first choice in mobile app development."

We've been talking about it for a while now, but artificial intelligence is still big news. "Machine learning is going to take analytics to the next level," says Carl Bergenhem, product manager at Kendo. Previously, analytics would log data that could be used to guide subsequent releases. Bergenhem thinks that going forward the data we capture will be fed back and our sites and apps will adapt to it on their own.

"This means that, depending on the data available on a user, the application will be able to act like a chameleon and change itself to provide the ideal UX for them," he explains. "This will create truly personalised sites that behave differently and show different features depending on the individual using it."

Garcia suggests more web pros will adopt Google's RAIL model, which breaks down the user's experience into four key interactions: response, animation, idle and load. "This type of approach will help developers by providing a structure for their performance tests as well as setting benchmarks to aim for based on a user’s perceived performance," he adds.

"With the explosion of voice assistants such as Alexa and Siri, conversational interfaces are bound to become a natural part of an application's fabric," says Bergenhem. "As users become accustomed to interacting with the web using their voice, developers will need to ensure they can offer a seamless experience, even in web applications." He suggests a situation where a user can view their social media feed or ask a virtual assistant to find and read a news article, all whilst they're sat on their sofa, with no need for traditional inputs.

For too long, accessibility has been seen as a desirable add-on. Soon, it's going to become an absolute requirement, with companies following accessibility guidelines like WCAG 2.1 and WAI-ARIA right from the start of a product's journey.

"Whether it comes from development practices naturally emphasising accessibility, or governments and legislature stepping in to enforce adherence, we will have more accessible applications," says Bergenhem.

06. Web apps get an AR makeover

Augmented reality will take the web by storm in 2019. Already firmly in the mainstream with things like Snapchat filters or Pokémon Go, AR is set to expand past social media and games into everyday applications. The benefit AR has over VR is that it doesn't require a clunky (or expensive) VR headset – it's accessible via the smartphones most of us carry in our pockets.

"Why should AR be limited to just the native mobile applications on a device? Why not use it on the web?" comments Bergenhem. "Offering AR services through your web application without needing it to be installed as a native app can have huge benefits from a UX perspective.

"Imagine being in a grocery store and doing a quick web search for a recipe. AR integration could provide users with turn-by-turn navigation through their mobile device to find all the ingredients within that store – all within a web app."

07. Developers flock to the web

"Frameworks such as NativeScript and React Native will play a big part in bringing more developers to web technologies, since they provide a single codebase for web and native mobile applications," says Bergenhem. "Additionally, concepts like PWAs will continue to blur the line between native mobile apps and web. Developers will then be able to purely focus on the user experience without worrying about specific platform choices."

Size was once a major focus for developers, but recently we've seen this focus taking a back seat, and the average application has grown significantly in size. Although bandwidth has increased significantly, it's important to remember that not all users will be able to benefit from this.

"The size of our applications will hit a tipping point and we will see the trend go the other way, with devs once again taking pride in making their applications as small as possible," says Bergenhem. "This not only means app that will feel faster, but it's also important for markets with slow and expensive internet connections, where every byte is precious."

AMP – Google's Accelerated Mobile Pages project – has caused concern due to the fact that it stands to increase Google's dominance on the web. "The backlash against Google’s AMP will continue to grow," says Kurczodyna. "We’ll hear of more big names de-AMPing their websites, while Google tries to add features and pivot to keep the project going."

10. The workforce gets more diverse

Shifting the focus to the industry as a whole, we're going to see the profile of the average developer change. As coding bootcamps and online coding courses open up possibilities in education and reach new audiences, we're welcoming more diversity into the workforce.

"The emphasis on learning the basic tools and concepts of development and then continuing this education on the job is already proving to be a very good way of creating great developers," says Bergenhem. "This trend will most likely continue and is a big step on the way to create a richer and more diverse community of developers, which is ultimately better for everyone."

"In 2019 we’ll see some much-needed stabilisation of the JavaScript ecosystem. From package managers like npm and Yarn to build tools like webpack, many solutions are putting down roots in the right places and affirming themselves as 'safe picks' for enterprise users and small teams alike," says Aaron Ransley, senior frontend developer at brand agency FINE.

Ransley also predicts the continued growth of serverless infrastructure. "Rather than running entire virtual servers, many developers are reaching for small function runtimes that live in AWS or Azure," he comments. "These solutions offer the security and power of server-side computation without the overhead of an entire Unix server. The result is a healthy productivity boost, especially for solo developers and small teams."

This is an edited version of an article published in net, the world's best-selling magazine for web designers and developers. Subscribe here.