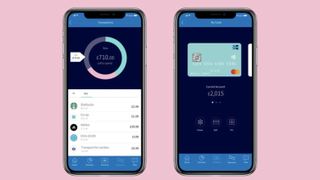 It's an approach made popular by Monzo, the mobile-only challenger banking app that launched in 2015. While mimicking Monzo's super-successful approach is probably a smart (if a little lazy) move, it looks like Halifax might have taken its appreciation a little further.

One of the images circulating online at the moment shows a new-look Halifax app interface – but the BIN (bank identification number) on the card is Monzo's. Monzo CEO Tom Blomfield pointed the 'unusual' error out on Twitter.

Hey @AskHalifaxBank 👋It's great to see your updated brand identity, but it looks like you forgot to update couple of things.The card in the photo still displays the @monzo BIN (5355 22) and the name of one of our staff members... 😉 pic.twitter.com/Ykqvz3mPZUApril 12, 2019

Awks. To be fair, the Monzo app doesn't bear a huge resemblance to the shared Halifax UI design, but you have to admit it's still a fairly suspicious slip-up. The image looks like it can be traced back to a Design Week report, although it has since been removed from the article.

Rufus Leonard, the design studio responsible for the rebrand, responded with a Tweet commenting that the design was an "early-stage mockup" that had been rejected by Halifax, and that the new Halifax app design would be revealed soon.

In a statement to FT.com, Halifax echoed the design studio's comments, saying: "This is one of many early mock-ups of a potential redesign of the Halifax app, but one we’re not going to use. We look forward to revealing our new look app soon. Halifax brand redesign is rolling out to customers throughout this year. Our design agency have apologised to us for the inadvertent release of one of their concept images, but we have told them 'No harm done'."

We'd suggest there have been at least a few stern words to the designers responsible, but perhaps Halifax is trying to keep that new, friendly face in place a little longer.