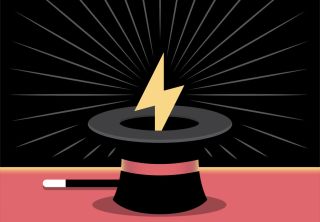 Nothing makes the heart sink like the news that that an app or website that you use on a daily basis is rolling out an enormous update. Because you know that it's going to break some feature that you absolutely rely on, or introduce new features that you totally hate. And yes, we're very much looking at you, new Twitter.

So it's utterly lovely to get to report on a massive update that hasn't skimped on the user testing and that you're not going to hate. Today's big news is that Slack has rolled up its biggest desktop update in ages, and you probably haven't even noticed because it looks pretty much exactly the same as it did yesterday, nothing seems broken and there's a distinct lack of unwanted new features. Fair play.

So if everything looks the same, what's the point? It's all about performance; according to the Slack, this new version loads 33 per cent faster and uses up to 50 percent less memory than before. That's quite a performance bump, and one that you'll appreciate if you have loads of channels and workspaces on the go, and it gets better if you use it for making calls: joining an incoming call is now 10 times faster.

Another big improvement is one you won't notice until you find yourself with a bad net connection. You know how when the you have net problems you lose Slack completely? Not any more; with this latest version you'll still be able to see messages from your current session when your connection's up and down.

All these improvements, which you probably haven't even noticed (Slack will give you a little notification popup when you get the update and that's it), are thanks to a huge behind-the-scenes operation that's involved rewriting the desktop client from scratch. There's a fascinating blog post from the engineering team that goes through the basics of the process; bottom line is that it's been quite an undertaking.

Obviously this isn't a redesign, but nevertheless it's impressive that Slack's been able to deploy an enormous update like this without breaking anything or infuriating anyone. No doubt further down the line there'll be a proper redesign that does both those things, but let's try not to think about that, instead, you can read more about this update here.

Join us on 26 September for Generate CSS, a bespoke conference for web designers brought to you by Creative Bloq, net and Web Designer. Save £50 with an Early Bird Ticket when you book before 15 August 2019.