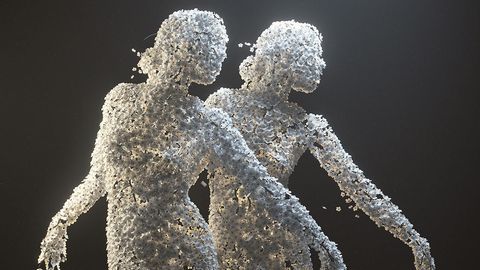 Redshift 2.0 represents a significant leap forwards for the popular render engine, and now it's accessible to more users.

Redshift continues on its path to be one of the most highly regarded of the new breed of GPU enabled render engines. Version two adds some new host applications and useful features.

Since its inception, Redshift has become one of the most talked about render engines. It brought the flexibility of a biased render engine such as V-Ray, combined with a high-quality finish, ease of use and, reminiscent of Arnold, the ability to handle datasets. Mix that with the speed of GPU render engines like Octane and you’ve got a renderer that leaves the artists who use it with a massive grin. However, one of the key areas where Redshift had issues previously was that not enough artists were able to use it. Thankfully, this is starting to be less of a problem. Version 2.0 brings Autodesk 3ds Max integration with an Alpha for Houdini and Cinema 4D coming soon.

When it comes to new features, Redshift 2.0 adds OpenVDB support, enabling the rendering of Smoke and other volumes. The logical toolset – like most things in Redshift – is easy to understand.

There is also a new PBR-based Redshift Material that, with a useful preset menu containing a range of 14 basic materials, such as Gold, Glass, Milky Coffee and Jade amongst others, makes set-up and look development so much quicker and more intuitive than it was before, especially with the addition of new SSS models. Another new feature that just works is the ability to load multiple dome lights. This is great as it makes combining multiple HDRs into a lighting solution very intuitive, and therefore enables unique bespoke environments for scenes. Couple this feature with the new Baking for Lighting and AOVs, and most bases are covered.

Positioning itself cleverly as a ‘works well with others’ software, Redshift 2.0 adds aiSurface support. This enables full Arnold shader support without the need to port any settings. With Autodesk’s recent acquisition of Arnold, this places Redshift as the most logical ‘other’ render engine for many artists, especially as it suits ‘local machine’ solutions better as it works through easily scalable GPUs rather than an external farm.

Freelancers are also well catered for with a logical pricing structure and licensing system – one user can switch between machines with a node-locked license and only the core is paid for, making adding a new host free of charge. 3ds Max and Houdini users should certainly try Redshift, if only to see for themselves what so many CG artists are grinning about.

This article was originally published in 3D World issue 213; buy it here.

Redshift 2.0 represents a significant leap forwards for the popular render engine, and now it's accessible to more users.