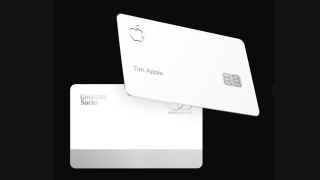 Earlier this month Apple launched its much-anticipated Apple Card in the US. We fell in love with the Apple Card when we first saw its sleek design, then we laughed at its fastidious care instructions. As if that wasn't enough, you can now buy skins and wraps to keep the high-maintenance Apple Card looking pristine.

Initially the need for skins and wraps seemed bizarre to us. Although when you consider that this is Apple, and the card's design is on the same level as the best iPad accessories, maybe it isn't so unusual.

If anything, we have to ask why Apple didn't predict the demand for Apple Card skins. Earlier this year Apple decided to release a $999 stand for its new Mac Pro, so it clearly isn't adverse to charging a premium price for a useful product. The Apple Card Sleeve could've been a nice little earner.

And if that stand's price tag sounds too much for you, don't forget to check out our roundup of cheaper monitor stands.

If these skins aren't what you're after and you want to clean your card the Apple way, check out the full care instructions. Just make sure you have your lint-free microfibre cloth and some isopropyl alcohol at the ready, because the Apple Card is a precious thing.