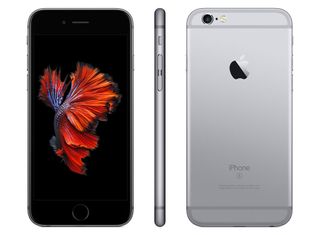 It's Amazon Prime Day today, but that doesn't mean that all the best Prime Day deals are to be found on Amazon. And we've unearthed an absolutely cracking deal from Walmart that can net you an iPhone for half price.

Let's get real for a bit, though. While Walmart can be the best place to go for good prices on the best smartphones, it's not about to knock 50 per cent off the price of a brand new model. Rather, this is a deal on a prepaid 32GB iPhone 6S – a bit long in the tooth, but still a decent little smartphone, especially if you're the sort of person who tends to end up dropping their phone down the toilet at some point or another.

And while the iPhone 6S is ancient in smartphone years, at this price it's hard to say no. Walmart usually sells these for $299 on its own Straight Talk network, but today you can grab one for just $149 – an especially sweet deal, we're sure you'll agree.

This 32GB iPhone 6S comes in Space Gray or Rose Gold, and features a 4.7-inch Retina display, a 12MP camera that'll do 4K video at 30fps, plus a 5MP FaceTime HD camera with Retina Flash for selfies and video chats. It uses TouchID for extra security, and it'll even work with Apple Pay – that's a lot of phone for your money, even if it's a little past its prime.

And there's no need to worry about getting set up on a network - this prepaid iPhone 6S is good to go on Walmart's Straight Talk service, which enables you to get all the talking and data you need without a contract.

Of course, if this bargain iPhone 6S simply isn't powerful enough for you, that's no problem; check out our our roundup of the best Walmart smartphones and you might find some other great savings online.