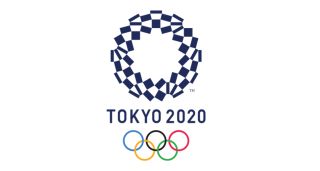 After weeks of speculation, the Tokyo 2020 Olympics were officially postponed last week in response to the spread of coronavirus. The new dates have now been announced as 21 July to 8 August 2021, with the Paralympic games moving to 24 August to 5 September. While the dates have changed, in a potentially surprising move, both games will maintain their current Tokyo 2020 branding.

While it might seem an odd decision at first (since the games are no longer, you know, in 2020), the branding has appeared on advertising and billboards across the world (take a look at some of our favourite billboard advertising examples). It's also all over tons of merchandise including a gold bar worth $15,000, as well as the games' new relay torch. We can't even begin to imagine the marketing operation that would be involved in changing the name.

This is uncharted territory for the International Olympic Committee, as it's the first postponement in the history of the games (they were cancelled 1916, 1940 and 1944 because of World Wars). It is also the first time ever that the Olympics won't be held during an even-numbered year. According to Tokyo's governor Yuriko Koik, that's another reason to maintain the same name: "An odd number is out of the question" she said, according to the Wall Street Journal.

As confusing as it might seem, we're glad to see the 2020 branding remain. Not only does it sidestep a pretty major marketing headache, but acknowledging the year the games were supposed to take place (and how they'll forever be named in history) feels like an appropriate act of defiance in the face of adversity. International Olympic Committee president Thomas Bach sent a message of hope to athletes across the world (below).

Plus, there are already so many brilliant example of Tokyo 2020-themed graphic design, from the wonderfully eclectic official posters, to these delightfully minimal Team GB prints. At the very least, we're glad they still say the correct year.