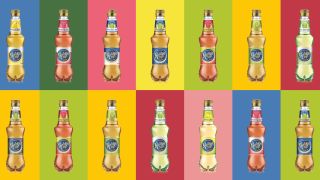 For a client, the success of a design project usually hinges not on acclaim, but sums. No matter how many Yellow Pencils, social media mentions or column inches a project tots up, it’s hard for a client to see true value for money unless the work boosts their profits by generating cold, hard cash.

According to a 2013 report by the Design Council, for every £1 a client spends on design, they reap over £4 in net operating profit, over £20 net turnover and over £5 in net exports. The same study also reveals that two-thirds of companies that ignore design have to compete mainly on price, whereas that’s true of only one third where design is integral to the business.

To designers, the benefits of creative work are obvious, but convincing a client that it will yield a return on investment requires tangible statistics from previous outcomes. However, whether it’s a commercial campaign that shifted a larger than average volume of products, a charity campaign that raised a considerable sum of money or a high-profile rebrand that can be credited for helping reverse the fortunes of a business, measuring effectiveness can be a slippery task.

Part of the problem is that design work rarely exists in a vacuum. Separating the power of a well-timed rebrand from the appeal of a good product or service, and the consumer trends surrounding it, is often nigh-on impossible. It might be possible to measure a packaging design overhaul's impact on sales figures, but a rebrand is an investment that could take years to pay off – and sometimes in ways that aren’t immediately apparent or easy to measure.

Dedicating some time to assessing brand health before you even start thinking about the creative side is an investment that will pay dividends when it comes to measuring how much you’ve improved a client’s bottom line. When it comes to qualitative data, interviews and focus groups that establish desirability, satisfaction and aesthetics are the keystones of ROI measurement – but when calculating bang for buck, quantitative metrics need to be finely tuned to the client’s business objectives.

“I think where design fails a lot is where it doesn’t connect to organisational goals,” says Hulse & Durrell partner Greg Durrell, whose rebrand of the Canadian Olympic Team led to overwhelming financial and social success. “If you start with aesthetics and style, it’s not going to create meaningful change. Knowing where the business needs to go can really help define your path.”

How you define success – as well as your approach, and most likely the creative itself – is going to be different depending on whether your client wants to sell more products, break into a new market, increase its attractiveness to sponsors or buyers, cultivate brand loyalty or amplify social media clout. But remember, the strength of a brand overhaul isn’t just in the finished outcome, but in helping clients see their strengths and weaknesses, and streamlining their operation throughout the process.

“It’s a marathon, not a sprint,” adds Durrell. “Foundational branding work is largely about the long-term goal, but what rebrands can do is be that rallying point for an organisation to change.”

Next page: discover four ways in which design can help contribute to a client’s financial health...