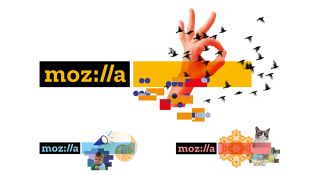 Modern branding faces a dizzying array of challenges. Consumers are bored, over-stimulated and increasingly sceptical about inauthentic marketing ploys (don't even get us started on period product branding). So engaging them in fresh, meaningful ways with a clear brand voice is the holy grail for any branding agency.

Fortunately, the Brand Impact Awards judging panel is well-placed to dig a little deeper into the art and craft involved. We spoke to branding consultant Louise Kyme, and Studio Sutherl& founder Jim Sutherland, the two co-chairs of the judging panel, to get their thoughts on how brands can use humour and behave in a more human way.

Why is wit, charm and humour so important in branding? How does it help create standout?

Louise Kyme: It's a big world out there, and everybody's competing for the same space. More and more, people are having one-to-one interactions on social media, and brands feel the need to get some kind of emotional response, whether that's a little snigger, or a tear in the eye. But it's tough. Brands work hard to get easy laughs, but actually, clever interaction takes time, thought and intelligence.

Jim Sutherland: I think it depends on your definition of wit. I don't think it's about humour and making people laugh necessarily – it's about intelligence, and gauging people. There's so much bland, corporate wallpaper out there. Wit is a way of engaging people, and having a bit of humanity.

The trouble is when it goes wrong, it just feels like it's massively condescending and isn't very funny. There are lots of examples of brands that get it wrong – it's like somebody's written a really bad joke, and you're supposed to laugh at it over and over again.

LK: Brands trying to use humour 24/7 is the equivalent of going on a bad date, and someone trying really hard to be funny all the time.

JS: Constantly. That's exactly right. It's choosing your moments, isn't it? Rather than just banging people over the head. If you have someone who constantly tells you jokes, unless they're a clown, it's not very appropriate is it? I don't think so.

How can brands behave in a more 'human' way, and establish empathy? How much of it is visual, compared to tone of voice?

JS: There's no way of separating out those two things – you need both. It's about being genuine. I don't want my bank telling me jokes about what they're doing – or not doing – with my money. You need appropriateness, and genuineness. You don't want to feel that somebody's pulling the wool over your eyes.

LK: To behave empathetically, you have to really relate to your audience and understand the situations they're in. You talk about appropriate moments, Jim – that could be totally dependent on what you're trying to achieve, but also where your audience are at certain moments. In a way, it's easier to do in the charity sector because you're very closely connected to people, and where they're at in their lives.

JS: Just be honest. That's the key. You're never empathetic with somebody when you don't feel like they're telling you the truth.

LK: Small organisations probably act more as individuals, compared to these big corporate beasts that have systems and structures in place to manage how things are done. They risk losing that human touch.

JS: It's a corporate machine – hence that idea of corporate wallpaper. A lot of design is bland because it's not doing any of those things.

Are certain types of brand better at doing this, and why do you think this is?

JS: It's probably easiest to do in the charity and cultural sectors than in banking, say, because everybody hates bankers, or solicitors, or estate agents – so it's more difficult to do engaging work in those areas.

People want to like galleries and charities, don't they? They don't necessarily want to like some other corporate institutions. It's doable, but it comes back to not pretending to be something you're not. Not trying to look friendly and cuddly when you're an axe murderer.

LK: It's one of these things that as soon as you try to achieve it, it all goes wrong.

JS: When it works well, it feels effortless. When it's trying too hard – too many bits of tone, like packaging that just talks to you constantly – people get a bit tired of it, I think. But doing effortless work takes a lot of work. It takes time to come up with something that looks like you came up with it really quickly, because it just feels like the right solution.