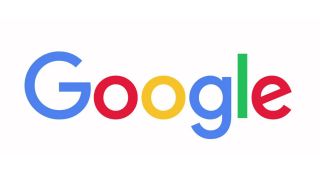 In a flurry of web design-based controversy, Google has removed a Doodle that commemorated South Africa's Freedom Day. Google has also issued its apologies for any offence caused by the design, which contained a symbol that's steeped in significance for many South African people – the Springbok.

For those not in the know, Google regularly marks special days, events and holidays with its homepage tweaks known as Doodles (you can see our favourite Google Doodles right here). These range from simple logo redesigns to all-singing, all-dancing animations that showcase the talents of the web designers over at Google, and usually go down pretty well. But on this occasion, it's the symbols used in the design that may have needed more attention.

So what's the problem? Well, the design features a Springbok – a medium sized antelope – sitting in the centre the South African flag. The Springbok is South Africa's national animal, but it's also a controversial symbol in South African history because it was the national symbol of the country when under white minority rule. Though it is still found on the national rugby team's kit, and on one of the nation's coins, many view it as a symbol of apartheid and object to its use – especially in relation to Freedom Day.

We understand our #GoogleDoodle for South Africa’s Freedom Day offended some people. We should have done better and are deeply sorry. We've taken down the Doodle. Happy Freedom Day!April 27, 2020

Given the complexity of South African history, it's perhaps unsurprising that brands face issues when attempting to engage with it (remember this Nandos controversy?). But a little more research into context may have solved the problem here – perhaps a less controversial symbol such as the African handshake may have been a better choice.

However, there are passionate voices on either side of the debate, with many believing Google did nothing wrong when including the country's national animal in its design. Which just goes to show, you need to pick your symbols carefully, even (perhaps especially) if you’re Google.