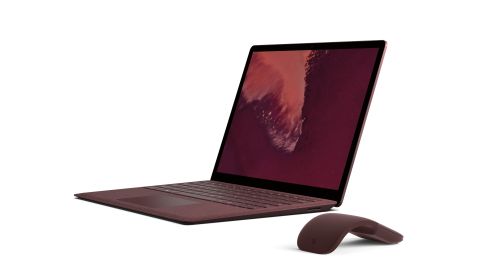 The Surface Laptop 2 is one of the very best Windows ultraportable laptops, but for our money the Dell XPS 13 offers a better all-round package.

Surface Laptop 2 is an update of the original Surface Laptop released in the middle of 2017. It answers the needs of those who rather like Microsoft’s approach to its Surface lineup but who want a traditional clamshell laptop. Unlike the 2-in-1 Surface Pro it’s not a 2-in-1 laptop-tablet hybrid. And unlike the Surface Book it doesn’t have a detachable screen that can be used as a tablet. It’s what used to be called an ‘ultrabook’ by Intel; an ultraportable laptop that’s directly opposed to Apple’s excellent all-new MacBook Air and – depending on configuration – the MacBook Pro.

Surface Laptop 2 is certainly a professional-looking device and differs significantly from the Mac lineup in terms of its excellent touchscreen and inking capability with Surface Pen.

Although the official pricing says it’s available for less, consider that you’ll be paying at least £1,000 for Surface Laptop 2 once you factor in everything you need. If you choose the Core i5 version, you have to have 8GB of RAM, while you really need a minimum 256GB SSD. That comes in at $1,299/£1,249 on Microsoft’s site – without any discounts or offers. Looking up to the 16GB, Core i7 version with 512GB of storage, you’re talking around $2200/£2,000 for that.

That's a not-insignificant amount of money, and makes adding Core i7 to the MacBook Pro look a more compelling proposition in terms of value, especially as you also get Intel’s Iris Pro graphics. Indeed, if you want a Core i7, you’re better off looking elsewhere because of the price premiums involved.

However, if you’re after Core i5, things are different; the Surface Laptop 2 is a compelling option versus its rivals, notably against our two other favourites the Dell XPS 13 and Apple MacBook Air. (You can read all about our round up of the best laptops for graphic design here)

Be aware also that you’ll need to pay £99 extra for the Surface Pen accessory if you want that (and we think you will).

Naturally, the Surface Laptop 2 remains a Surface so there’s a touchscreen for use with Windows 10, which is a fully-touch responsive operating system unlike macOS. It’s fully compatible with Surface Pen although it’s worth noting that it doesn’t fold anywhere near flat like a tablet or into a sketchpad like Surface Book 2. The angle isn’t that great for a lot of stylus use and if you do want to do that you’re probably better off looking at one of the other Surface models.

The touchscreen is a 13.5-inch display with the same 2,256 x 1,504 resolution as last time out. An improved 1,500:1 contrast ratio and superb colour gamut improves on an impressive display.

It’s under the surface where the Surface Laptop 2 has really been enhanced; quad-core processors are now supplied across the board and you can choose from the Core i5-8250U or i7-8650U, both designed for ultraportable laptops. As such performance is comparable to similar chips inside competitors like the Dell XPS 13 and HP Spectre but it doesn’t have the performance of the MacBook Pro line.

Storage and memory specs are identical to the original Surface Laptop, so you can get up to 1TB of space to store your files and up to 16GB of RAM. Naturally, you also get fast SSD storage.

The keyboard is very pleasant to type on – like the Surface Book 2 – and there’s plenty of travel in the keys. It’s a lot less noisy to type on than the MacBook Air.

As we mentioned before, while the MacBook Pro has Intel’s Iris Pro graphics, the Surface Laptop sticks with Intel’s UHD Graphics 620 – pretty standard fare. If you’re doing a lot of photo or video processing you probably want to be looking at either the MacBook Pro or Surface Book 2 with its dedicated Nvidia graphics power.

The Surface Laptop 2 continues the trend set by the original and is almost exactly the same in appearance. The keyboard surround is made of Alcantara fabric. Whether or not you like this will depend on personal taste, but it is smart and is certainly distinctive. Oh, and it’s stain resistant; there’s almost a sheen to it.

As with the new Surface Pro 6 there’s a matt black design option that’s rather distinctive (at least it is now laptops tend to be predominantly grey and not ‘ThinkPad black’). It’s also available in three other options – platinum (grey), burgundy and cobalt blue. Last year’s graphite gold finish has disappeared.

Ports are a contentious issue. Despite including USB-C on the Surface Go (read our Surface Go review here) – essentially a cheaper Surface tablet than the Surface Pro – Microsoft has opted not to include it here on the Surface laptop, instead opting for a single older-style USB-A port and a DisplayPort connector. It’s OK, and you may well have a DisplayPort-capable display, but it is backwards-looking by Microsoft. Microsoft says the Surface lineup are designed to showcase the best of Windows, but actions speak louder than words.

Charging is still provide the Surface proprietary connector on the right-hand side, while there’s a headphone jack, too. The webcam can be used to sign into Windows with face recognition – the biometric login in Windows is called Windows Hello.

While the Surface Laptop 2 is an interesting ultraportable, it isn’t a no-brainer purchase and with almost every positive there are other, even more compelling options. For a sketchpad/tablet, Surface Book 2 is way better (although costlier) or you could plump for a the Surface Pro 6 as a different option.

For a performance machine at the Core i7 level, you’re much better off spending the same or a little more on a MacBook Pro or looking at something like the Dell XPS 13 which offers bags of performance. (It also doesn’t have USB-C, which remains a mystery to us.)

Indeed, the only area we consider it truly compelling is if you’re looking for an ultraportable that can do most things but that you use alongside another even more powerful machine for design work. And even then, there are numerous competitors around the £1,000 mark.

The Surface Laptop 2 is one of the very best Windows ultraportable laptops, but for our money the Dell XPS 13 offers a better all-round package.