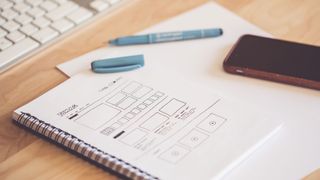 The topic of UI vs UX crops up regularly in any UX forum – it’s a seemingly constant debate. However, the reality is they’re intertwined, and you can’t have one without the other. You can’t have a user experience (UX) without a user interface (UI), and the UI is an integral part of the UX. And getting either one right requires a lot of user testing (see our favourite user testing software). In reality, it’s a fruitless argument. So, why is it still such a thriving debate?

Both terms originate in the academic field of human-computer interaction, where the interface is the vital bit that allows both parties to communicate. Back in the early days, the UI was represented by switches and buttons. It then evolved into a graphical UI with keyboards, monitors, and mice as the interface. These days, when we have touch, gesture, and voice as common UIs, there’s a tendency for people to forget that it isn’t always a graphical thing.

UI vs UX when looking for a job

It’s important to understand the difference between UX and UI when you’re looking to join a company in a new role, or if you’re looking to add to your team (see our design jobs page if that's you). When searching for a job in UX, you’ll quickly notice that there are an array of different roles.

Some want a UX person to do everything from copywriting to coding, while others want a UX/UI person who can make beautiful interfaces, as well as conduct user research and define high-level strategy. A job advert is a window into the soul of the company. You can often ascertain the level of understanding that they have of the field and how important they think the role is, just by the advert.

If you’re looking to contribute to both UX and UI, which I believe you should, you need to seek out roles that want research to be a part of the process. Jobs that actively encourage learning and collaboration with other teams, and not just putting a tick in a box to say they now have UX/UI covered.

Too many roles just want a UI designer but have an inkling that they need UX, so they’ll add it to the job spec in the hope the designer can work out the specifics. If you suspect this, dig deep in your interview to uncover the real desire to do UX and ensure the company actually has the time and budget to put towards research. You’ll usually know within minutes what appetite they really have for UX.

UI vs UX when recruiting

If you’re looking to grow your team, it’s important to understand how people describe themselves, and where they sit on the UX/UI debate. Some want to do the blue sky UX thinking without getting involved with the intricacies of UI. On the other side, you have UI designers who purely want to make things look pretty without thinking about the bigger picture. A quick scan through Dribbble shows this in action. Some UI designs are beautiful, but would be pointless and ineffective in the real world.

I believe that sitting firmly on one side of the fence or the other isn’t a great place to be. In my team, I seek a more rounded view. That’s not to say that every UX person should have fantastic design skills and every UI designer should have to do big-picture UX work. However, there should be a strong willingness to collaborate, and an appreciation of other people’s contribution. If you are building a team, beware of specialists with a narrow view who don’t seem interested in collaboration.

In reality, the only reason that the differences between UX and UI matter are when you are assigning the responsibility. They are two different skill areas that are co-dependent on each other. If you’re building a team, you need both skill sets working closely together. Meanwhile, if you’re looking to join a company, make sure that the role you are going for allows you to work closely with others who have different skills. It shouldn’t be a case of UI vs UX, but UI and UX in collaboration.

Join us at Rich Mix, Shoreditch on 26 September for Generate CSS, a bespoke conference for web designers brought to you by Creative Bloq, net and Web Designer. Book your Early Bird ticket before 15 August at www.generateconf.com.