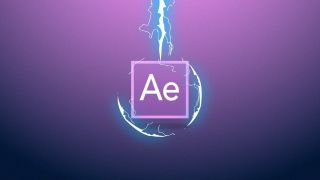 After Effects tutorials are a great way of honing your skills in this powerful and versatile software, for everyone from total beginners to veterans. Whether you want to use it for motion graphics, compositing, or visual effects, the best After Effects tutorials can boost your understanding and abilities in minutes.

Adobe's industry-standard tool is at the core of the workflows of most motion graphics, VFX and 3D artists and animators, and offers a wide range of features that can be adapted for everything from simple titles to full 3D stereo compositing. Here, we've scoured the web to find the very best After Effects tutorials around, and grouped them together into sections so you can find what you're looking for easily.

So whether you want to get to know the interface and basic features, get to grips with techniques such as custom transitions, text write-on and warp stabilisation, or move on to advanced projects such as rotoscoping nature footage and mocking up AR effects, we've got you covered.

Get started with AE

New to the software and want to get shown the ropes, in plain English? Here are the best After Effects tutorials for beginners, to set you on the right path.

01. Learn EVERYTHING about After Effects

In this comprehensive video, freelance video editor, videographer and YouTuber Jack Cole explains what After Effects is and how to use it, with keen insight and a lot of enthusiasm. This is not so much a single tutorial as an entire course: the whole thing is over 11 hours long. Jack begins with the basics, introducing the layout (7:19), creating a composition (13:42) and importing media (19:41), then progresses on to more advanced After Effects tutorials. He talks you through the syllabus during the first two minutes of the video, or you can read through all the lessons and timings on the YouTube page.

Don't have a lot of time? This 25 minute video is one of the best After Effects tutorials for getting a grasp of the software quickly and thoroughly. With an abundance of energy and passion, photographer, cinematographer and YouTuber Peter McKinnon begins by running through the different elements of the interface. He then demonstrates how it all works via a quick project, where he animates a title that’s tracked through 3D space.

03. The beginner's guide to After Effects

If you're looking to augment your knowledge of Photoshop and Illustrator and move into AE, here's one of the best After Effects tutorials you can follow. In this lesson by Mike Griggs for Creative Bloq, you'll learn how to get started with the software, and get introduced to the basics of layers, expressions, animated typography, rototools and more.

04. Get to know After Effects

Here's one of best After Effects tutorials produced by Adobe itself. This first-time user's tutorial gives you a solid introduction to After Effects, explaining how to launch the application, import files, and organise assets in the Project panel.

05. The basics of After Effects in just 18 minutes

In this After Effects tutorial, Owen from Motion Array provides a walkthrough of the creation of an animated logo, explaining various basic elements of the software along the way.

06. Get started with animation in After Effects

Once you grasp some basic concepts, you’ll be able to create a range of animation styles using After Effects CC. This tutorial by Sara Barnes runs through some top tips for animating illustrations in After Effects, starting with the basics.

07. How to animate a line in After Effects

Motion Array is a great place to find After Effects tutorials for beginners, and here's a great one. In this video walkthrough, Owen shows you how to animate a line in After Effects, from one point to another on a map.

08. How to Make a Simple Intro in After Effects

One of the most popular reasons to follow After Effects tutorials is so you can make a professional looking title for your video. This tutorial from Tech Infusion shows you how to make a clean and eye-catching intro that really pops, and walks you through the entire process in just over eight minutes.

09. How to move from Photoshop to After Effects

Getting into motion design can seem quite intimidating, but this tutorial by Rob Carney shows how many similarities there are between Adobe's motion graphics, animation and video editing tool and Photoshop. Learn how to apply your Photoshop skills to making images that move.

10. Work with composition in After Affects

11. Create and animate text in After Effects

This series of After Effects tutorials will teach you the fundamentals required to create and animate text layers. Here you'll learn to add text to a composition, apply and edit prebuilt text animations and create per-character animation.

12. Learn the text write-on technique in After Effects

The text write-on effect is one of the most commonly used techniques in motion design. It involves using masks to mimics the natural motion of handwriting words, which can come in handy when, for example, animating reveals for logos, titles, and other motion graphic elements. You'll find a lot of After Effects tutorials on this topic, but this video tutorial by Black Mixture is our top pick.

13. Build custom transitions in After Effects

Learn how to create custom transitions with these After Effects tutorials. In these three lessons you'll find out how to animate masks to create a custom transition, build animated graphics using Shape layers and create transparency in a layer using a track matte.

Teaching you how to make a lit fire effect, this is one of the funnest After Effects tutorials for beginners we know of. As host Black Mixture explains, this process includes versatile methods are at the basis of creating lots of different special effects, so it's a great set of transferrable skills to learn as a beginner.

It's great when After Effects tutorials have a cool effect as their end goal, and this one is no exception. Discover how to make a cool glitch effect in this tutorial, entirely within the app and requiring no source footage.

16. Create visual effects in After Effects

Here's a great series of After Effects tutorials focusing on techniques for creating several popular visual effects. These five lessons explain how to: use the 3D Camera Tracker effect to place type into a scene, add a blur over a specific area in the video footage, isolate elements by pulling a greenscreen key, clean up keyed footage using a garbage matte, and retime video to create visual impact.

This collection of After Effects tutorials guide you through techniques and tools that simplify the process of selecting and animating multiple layers in your composition. In these three lessons, you’ll work with multiple layers in a comp, use Pre-compose to animate groups of layers, and use null objects to drive animation of multiple layers.

This set of After Effects tutorials focuses on create and work with 3D in compositions. Across the three lessons you'll learn about the different renderers available in After Effects, how to enable 3D on a layer to position 2D layers in 3D space, and how to add lights to a composition containing 3D layers.

Most After Effects tutorials for beginners are a year or two old now, but new features are being added to the software all the time. So to get up to speed, check out this School of Motion tutorial from last November, which walks you through the latest big update to the software.

Once you've mastered the basics, it's time to start building your skills. There's plenty more to learn – whether you want to start upskilling in motion graphics, animation and videos, improve your productivity, or organise your projects more efficiently. Here are the best After Effects tutorials to help you do so.

Working in After Effects can become overwhelming if things aren’t well organised. This tutorial explains how to navigate Adobe After Effects so you can organise your projects – including imported assets, precompositions, and timeline layers – and apply effects efficiently.

Learn to render a video composition in this After Effects tutorial. Get started with the Render Queue and discover how to render multiple file formats using Adobe Media Encoder.

In this tutorial from Lynda.com and Ian Robinson, you'll discover the powerful options within After Effects for animation. Topics covered include basic animation concepts, terminology, and animation features.

24. Add text with formatting and effects

Want to add and adjust text elements to your compositions? In this After Effects tutorial you can learn how to set text as editable, adjust character formatting, and fade in your text on a clip.

In this After Effects tutorial, you're taught how to repair imperfect footage using tools that address common problems. Fix a shaky, handheld shot with the Warp Stabilizer VFX effect, and then use Camera Shake Deblur to sharpen all frames before applying the Lumetri Color effect to correct colour imbalances.

Learn how to smooth handheld footage, choose which objects in a scene get stabilised, and even reverse a stabilisation to track an object in an unstable scene using the Warp Stabilizer VFX.

In this tutorial, Sergiy Maidukov reveals how to quickly capture, create, and edit custom brushes, colour themes, vector shapes and unique looks in Capture CC, which you can then use in After Effects (see below).

We love After Effects tutorials that demonstrate how to take advantage of the wide range of tools in the Creative Cloud, and here's a great one. In this walkthrough, Matty Newton explains how to capture a handwritten signature with Adobe Capture and turn it into an animation in After Effects.

This tutorial explains how to draw and animate a simple sun shape using After Effects, in just a few steps.

Next page: More intermediate tutorials – tools, effects, and other software