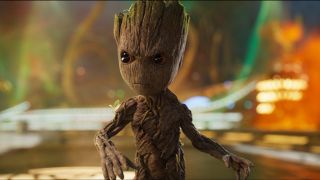 It’s beloved by movie industry studios but now, hefty speed improvements, new features and new purchasing options have made Arnold 5 even more enticing and accessible to all 3D artists.

Solid Angle’s ray tracing renderer has a significantly updated core that enables faster rendering, plus new features, enhanced workflows and exciting new capabilities. These software improvements come alongside the introduction of a free version of Arnold 5 for educational institutions and a discount of up to 50% for other users.

“Everything about Arnold is easier – whether it’s the straightforward controls for the artist or the clean, consistent API for the developer," reports Chad Dombrova of Luma Pictures, one of over 300 studios worldwide that uses Arnold.

The three minute video below shows some of the improvements in Arnold 5.

With the rendering tool boosted to help artists create more stunning imagery than ever, it’s no wonder Arnold 5 was named one of our 8 best 3D tools of 2017 so far.

"Arnold gives us outstanding image quality and the ease of setup that today’s productions demand. I’m thrilled we are able to add it to the arsenal of tools at ILM,” enthuses John Knoll of ILM, which used Arnold for its work on Pacific Rim.

At SIGGRAPH 2017, Arnold development manager Fred Servant spoke as part of the Autodesk Vision series about the decisions and changes behind the move from Arnold 4 to Arnold 5.

“We knew we needed to lay the foundations for the things we wanted to build for the next generation,” Servant says. “Along the way we tried to simplify everything we could. We tried to simplify the workflows from Arnold 4. When you simplify things, you get performance improvements, but we worked also on really improving the speed of the code.”

Tried and tested by Hollywood

Imagine Engine was one of the first studios to test Arnold 5’s new OSL. Servant explains that Imagine Engine used a “special cut” of Arnold 4 with OSL included to render a CG version of Hugh Jackman for the recent Logan movie, with photorealistic results.

Arnold was also used by Framestore in Guardians of the Galaxy Vol. 2. Framestore’s Martin Preston says: "Arnold has been a revelation both in the minimal time required for us to port all our pipeline to support it, and in the ease by which our lighters have switched to using it."

With a gallery bulging with case studies from TV and movies, there’s no shortage of inspiration from the professionals. Take out a free trial today to see what you can create.

How to get Arnold 5

Arnold 5 is available now for Mac, Windows PC or Linux as a standalone renderer or as a plug-in for Maya, 3ds Max, Cinema4D, Katana, Houdini and Softimage. The free 30-day trial version of Arnold functions the same way as the full version.

Starting on 7 September, Arnold 5 will also come free with new or renewed subscriptions to the Media & Entertainment Collection of software by Autodesk, which owns Arnold developer Solid Angle. This software package contains all the 3D pipeline tools you need, including Maya, 3ds Max, Mudbox, Motionbuilder and more.

Free Arnold educational licences are available from the Autodesk Education Portal for institutions wishing to teach with the software, while students of Autodesk Maya and 3ds Max can download the latest versions that come bundled with Arnold for interactive rendering.