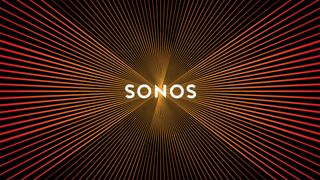 Sonos is one of the most well-known audio brands around, with many a creative studio rocking its wireless WiFi speakers. It's fitting, then, that a brand known for its stunning sound quality produced a static logo design you can practically hear.

The Sonos logo pulses like a speaker when you scroll. from r/DesignPorn

Finished scrolling? Great. Other Reddit users were blown away by the effect. "I think I have trust issues and I hate this kind of awesome shit," one exclaimed, "I can't trust my own god damn eyes!" "I can't stop doing it," another user added. While the effect is mesmerising enough on its own, we're particularly impressed that, by resembling a pulsating speaker, its highly relevant to the brand rather than a mere gimmick.

The design itself is part of an identity created in 2015 by Bruce Mau Design, made to help broaden Sonos's appeal beyond "in the know" audiophiles. The identity went on to went onto win several awards including a Cannes Lion and Adweek's "Cleverest Logo of the Year".

From these brilliant animal shelter ads to McDonald's' terrifying kissing burgers, optical illusions can be a pretty hit-and-miss visual tool when it comes to advertising. But as far as we're concerned, Sonos's pulsating logo is still a sound example.